Exhibition and distribution of films is the main activity of Forum Cinemas Latvia OU filiāle Latvijā, the representative of three film distribution companies (Universal Pictures International, Paramount Pictures International) and the operator of the multiplex film theatre "Kino Citadele". Forum Cinemas is founded in 1993 and currently is the subsidiary company of Finnkino, Oy in Latvia. During the recent years Finnkino has been able to evolve in a new quality with upgrading movie attendance for the spectators by introducing the most up-to-date digital and 3D technologies, opening new multiplex film theatres, etc.

The company began its activities with modernization of the film theatre "Pionieris", later "Oskars", in a new quality of image and sound; later on the film theatre "Daile" was reconstructed as the first duplex film theatre in Latvia. Forum Cinemas pays special attention to the quality of image and sound by installing the most advanced equipment in each of the film theatres the company opens. By improving the choice and convenience for the audience and by the attempt of presenting the latest movies for distribution in Latvia the number of films distributed per year has grown from average 50 to more than 100 per year. In the same way the attendance has grown, especially after opening of the film theatre "Kino Citadele" in the end of 2003 since 14 auditoriums of the film theatre offer an opportunity to present all movies of different genres, exclusive concerts, opera and ballet live broadcasts as well as transmissions of sports games, providing almost unlimited choice for any audience and any mood.

Forum Cinemas, together with the parent company Finnkino Oy, has been a part of the Odeon Cinemas Group since April 2017, which in turn is part of AMC Entertainment Holdings. AMC is the world's leading cinema network and the largest cinema operator in the US and Europe, managing around 900 cinemas with more than 10 000 screens.
In the US, AMC cinemas rank first or second in terms of market share in 22 of the 25 largest cities, including such giants as New York, Los Angeles and Chicago.
In turn, the ODEON Group has expanded its activities in seven European countries and is the market leader in England, Ireland, Italy, Spain, Scandinavia and the Baltic States, managing such networks of cinemas as Forum Cinemas, Finnkino, SF BIO, Odeon, UCI and Cinesa.

More than 50 people are employed at the office and the film theatre of Forum Cinemas. Normunds Labrencis is the Managing Director of the company. 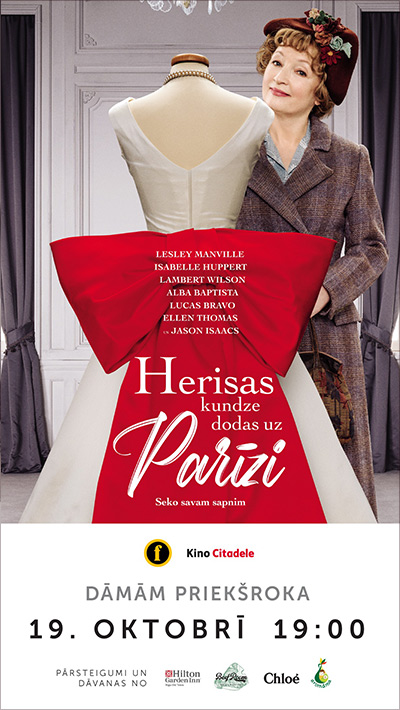