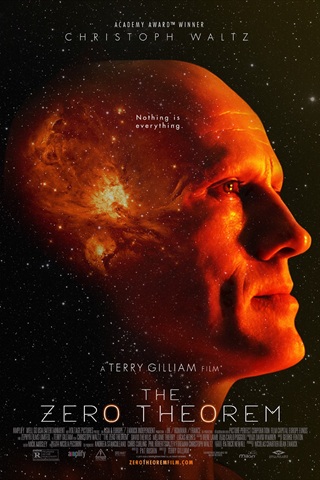 Although it's full of stylistic hallmarks we've come to expect from Gilliam — layered realities, overbearing technology, institutional paranoia and of course, quirky romance – it feels like a personal journey into his beliefs, as it stares into the divide between reason and faith. Living in an Orwellian corporate world where "mancams" serve as the eyes of a shadowy figure known only as Management, Leth works on a solution to the strange theorem while living as a virtual cloistered monk in his home—the shattered interior of a fire-damaged chapel. 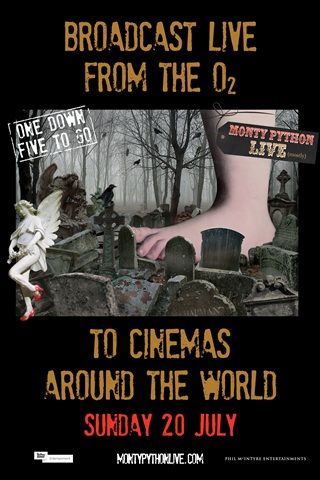 Not to be missed: one of the most anticipated live events of the year and a chance to say farewell to the Pythons on this last and special night of their 'Monty Python Live (mostly)' show. Monty Python rightfully hold a place amongst the world's finest ever comedians, influencing a generation and revolutionising comedy on their way to greatness. Monty Python first hit our screens with the 'Flying Circus' between 1969 and 1974. The Pythons were an instant success and became the face of British comedy.

The Imaginarium of Doctor Parnassus

The Imaginarium of Doctor Parnassus

The Imaginarium of Doctor Parnassus is a fantastical morality tale, set in the present day. It tells the story of Dr Parnassus and his extraordinary 'Imaginarium', a travelling show where members of the audience get an irresistible opportunity to choose between light and joy or darkness and gloom. Blessed with the extraordinary gift of guiding the imaginations of others, Dr Parnassus is cursed with a dark secret. Long ago he made a bet with the devil, Mr Nick, in which he won immortality.

From acclaimed director Terry Gilliam (The Fisher King, Twelve Monkeys), comes THE BROTHERS GRIMM, the adventure of legendary fairytale scribes, Will and Jake Grimm (Matt Damon and Heath Ledger), two brothers who travel around the Napoleonic countryside vanquishing monsters and demons in exchange for quick money. But when the French authorities figure out their scheme, the con men are forced to contend with a real magical curse when they enter an enchanted forest where young maidens keep disappearing under mysterious circumstances.