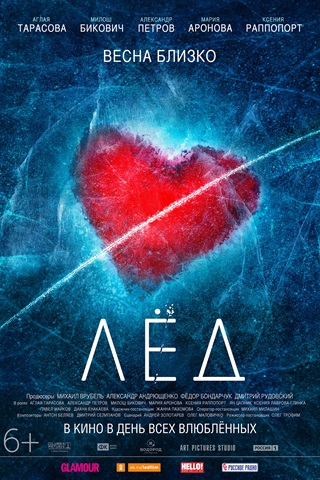 Contemporary Russia. Nadya gives up her dream of becoming a champion figure skater when she is hospitalized with an injury. But then she meets Sasha, a hockey player, who decides to teach her to believe in herself and her dream again. Movie in Russian with subtitles in Latvian. 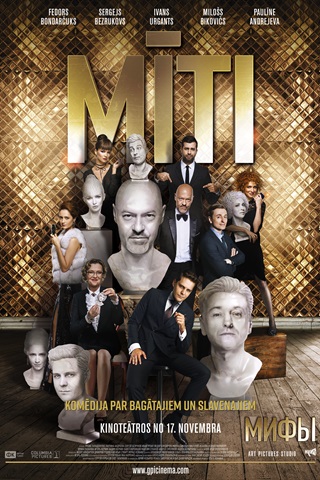 The last hope of cinema, producer and film director Fyodor, owe money to the "brothers" of the 90s. Artist Sergei played all the roles from Jesus Christ to the squirrel. Sergei has run out of the roles, he's depressed. Number one TV host of country, Ivan, can not stop joking in everyday life. Ivan's girlfriend doesn't understand, why he's joking at the breakfast, in bed and even at a funeral. A poor foreigner by a pure chance falls into the very cluster of the rich and famous of Moscow. Movie in Russian with subtitles in Latvian. 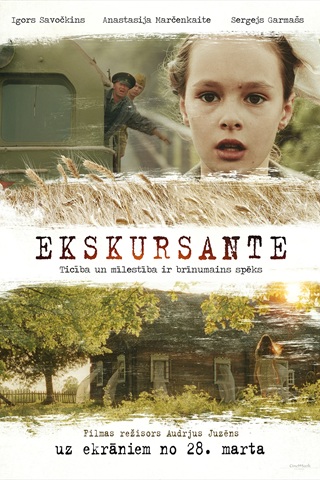 This film is based on true story of 10 years old girl from Baltic's, who escaped exile prisoners Trans-Siberian train on the way to Gulag in 50-ties and made her 6000 km long and dangerous, full of adventures way back home. This is a film about hope and destiny, love and friendship, and immeasurable humanity of people. Film in Lithuanian and Russian, with subtitles in Latvian.

Inspired by works of Anatole France. According to Oriental legends, Talmud and the medieval books of Cabala, Lilith was not created from Adam's rib like Eve but from clay like he himself. Lilith wasn't stained by Original Sin. She has no soul, and she is immortal. Lilith assumes different names, she can change her appearance and take possession of men against their will. Once it's accomplished, she leaves her victims forever, marking them for either spiritual, or physical death. Whatever she does is neither Good nor Evil. She is made of an altogether different matter.