After eight films that have amassed almost $5 billion worldwide, the Fast & Furious franchise now features its first stand-alone vehicle as Dwayne Johnson and Jason Statham reprise their roles as Luke Hobbs and Deckard Shaw in Fast & Furious Presents: Hobbs & Shaw. Ever since hulking lawman Hobbs (Johnson), a loyal agent of America's Diplomatic Security Service, and lawless outcast Shaw (Statham), a former British military elite operative, first faced off in 2015’s Furious 7, the duo have swapped smack talk and body blows as they’ve tried to take each other down. 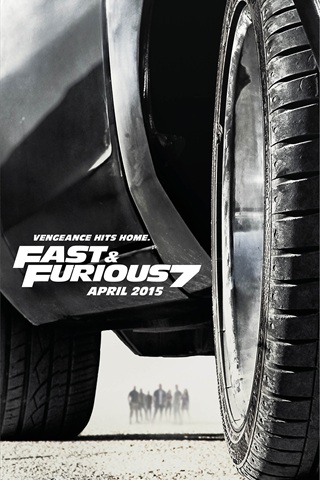 Fast & Furious 7 picks up more than a year after Dom’s (Diesel) and Brian’s (Walker) crew has returned to the States with their pardons. Unbeknownst to all, however, danger has come in the form a cold-blooded British black ops assassin with a score to settle.When Shaw blows up the Toretto house, the family’s very symbol of sanctuary given to our crew to regain their freedom, Dom must turn to a high-level government operative (Russell) for assistance. Our heroes’ only hope is to get behind the wheel again and secure an ingenious prototype tracking device for the U.S. government.