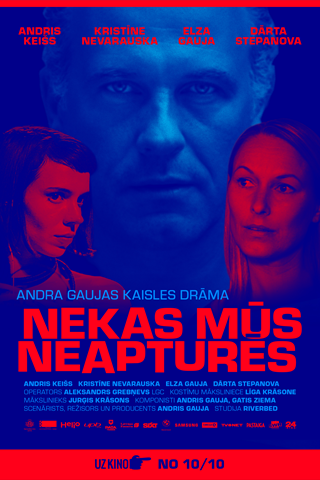 Nothing can stop us now

Nothing can stop us now

Ralfs may be the most controlling music producer you’ve ever seen, but now he’s losing grip on his career and family. A disappointed band breaks its contract, but its youngest member, Emma, is mesmerized by Ralfs’ personality. Under-appreciated by his wife, Ralfs starts an affair with his admirer. He forces his wife, his teenage daughter and his lover to live together as a happy family. Although all four of them try to stay civil, beneath the surface poisonous passions are coming to a boil. Movie in Latvian with subtitles in Russian. Separate screenings with subtitles in English. 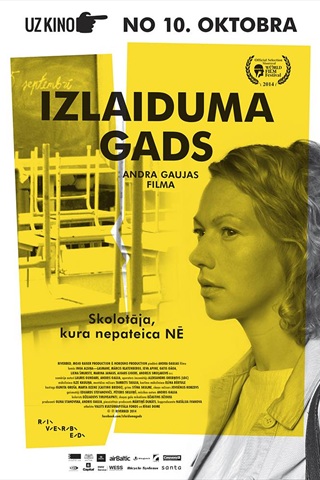 A new teacher, Zane (Inga Alsiņa-Lasmane) tries to befriend the class she is mentoring, but she goes too far -- at Zane's parties and on her field trips, the border between the teacher and the students begins to blur and dissolve. When one of her students falls in love with her, Zane find herself in a tangled web of personal conflicts. Movie in Latvian with subtitles in Russian.

Family Instinct is a film about incest - social taboo and a violation of religious norms. Zanda is a 28-year-old woman, trying to survive with her two children in a god-forsaken Latvian village. Valdis is serving a year's sentence in prison for physically abusing them. Family Instinct follows Zanda for the duration of that year as she tries to cope with the hardships of poverty and the amorous of frequently drunken attentions of several local men. During the year local community forces her to make a difficult choice: to stay with Valdis or with her children.

Among hundreds of nationalities, Hebrews have always had special status. They are admired, they are hated. This is the story of those Latvian Hebrews who try to uphold their ancient traditions - no small feat in the 21st century and so far from the Promised Land. Directed by: Andris Gauja Movie in Latvian with subtitles in English "Path to Oneself", documentary By asking why the world is the way it is, and why there is so much pain and suffering, we fail to understand that God has given Man the power of choice. Directed by: Sergejs Gņiļickis Movie in Latvian.