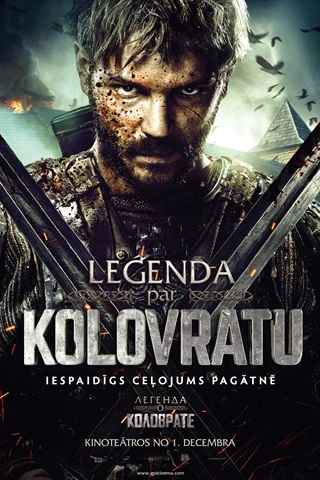 A story of a legendary battle, where seventeen fearless warriors defend their land against an army of thousands well-trained soldiers. In 13th century Mongol warrior hordes and their leader, Batu Khan, control most of the known world. As the Mongols move towards Europe they invade the last Russian principality standing in their way. Little do they know, their plans are about to be ruined by a small detachment of heroic strong men led by a mysterious brave warrior. This is a story about courage, endurance and self-sacrifice for the sake of one's country. This is the story of Evpaty the Furious.

Inspired by works of Anatole France. According to Oriental legends, Talmud and the medieval books of Cabala, Lilith was not created from Adam's rib like Eve but from clay like he himself. Lilith wasn't stained by Original Sin. She has no soul, and she is immortal. Lilith assumes different names, she can change her appearance and take possession of men against their will. Once it's accomplished, she leaves her victims forever, marking them for either spiritual, or physical death. Whatever she does is neither Good nor Evil. She is made of an altogether different matter.

Don't given from Don

Don't given from Don