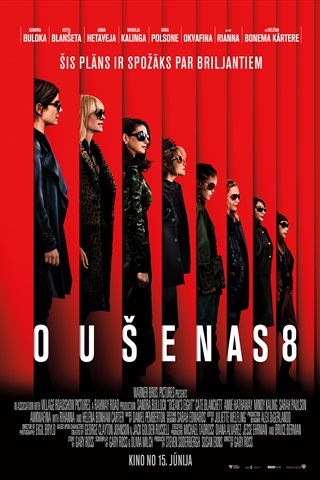 Five years, eight months, 12 days... That’s how long Debbie Ocean has been devising the biggest heist of her life. Together with her partner-in-crime Lou Miller, they recruit a crew of specialists: jeweler Amita; street con Constance; expert fence Tammy; hacker Nine Ball; and fashion designer Rose. The target is a cool $150 million dollars in diamonds —diamonds that will be around the neck of world-famous actress Daphne Kluger, who will be centerstage at the event of the year, the Met Gala. Movie in English with subtitles in Latvian and Russian. 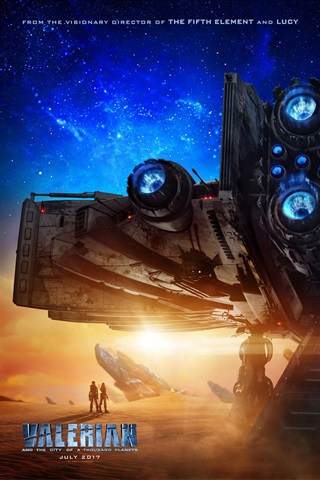 Valerian and the City of Thousand Planets

Valerian and the City of Thousand Planets

Valerian and the City of a Thousand Planets

VALERIAN AND THE CITY OF A THOUSAND PLANETS is the new adventure film from Luc Besson, the director of The Professional, The Fifth Element and Lucy, based on the comic book series which inspired a generation of artists, writers and filmmakers. In the 28th century, Valerian and Laureline are a team of special operatives charged with maintaining order throughout the human territories. Movie in English with subtitles in Latvian and Russian. Available in 3D and 2D.

Peter Berg (Hancock) produces and directs Battleship, an epic action-adventure that unfolds across the seas, in the skies and over land as our planet fights for survival against a superior force. Based on Hasbro’s classic naval combat game. Starring: Liam Neeson, Taylor Kitsch, Brooklyn Decker, Alexander Skarsgård, Rihanna as Lt. Raikes. Directed by: Peter Berg